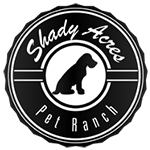 What is Canine Cough?
Canine cough is infectious trachea-bronchitis, an upper-respiratory disease that is highly contagious.

What causes Canine Cough?
Just as human colds may be caused by many different viruses, canine cough itself can have multiple causes. There are viral and bacterial causes of Canine Cough.

One of the most common culprits is a bacterium called Bordetella bronchiseptica m– which is why canine cough is often called Bordetella. Other common viruses and bacteria that can cause Canine Cough include, but are not limited to: canine adenovirus, coronavirus, parainfluenza virus, canine influenza, and mycoplasma.

How do dogs catch Canine Cough?
Dogs “catch” canine cough when they inhale bacteria or virus particles into their respiratory tract. This tract is normally lined with a coating of mucus that traps infectious particles, but there are a number of factors that can weaken this protection and make dogs prone to canine cough infection, which results in inflammation of the larynx (voice box) and trachea (windpipe).

Are vaccines 100% effective against canine cough?
No, Canine Cough can be caused by many different viruses and bacteria, often in combination. Canine Cough vaccines are typically targeted against Bordetella bronchiseptica +/- canine parainfluenza, two important causes of Canine Cough, but not the only causes.

No vaccine is 100% effective. Vaccines help reduce the risk of illness, but they don’t completely eliminate it. Some vaccines are better than others, and some animals respond better to vaccines than others.

What are the symptoms of Canine Cough?
Symptoms typically show within 3-10 days of exposure. The classic symptom of Canine Cough is a hacking cough, a persistent and forceful cough. Some dogs with Canine Cough may show other symptoms of illness, including sneezing, a runny nose, or eye discharge.

Not all dogs who encounter these diseases show symptoms, but they can still transmit the disease to others.

What is the treatment for Canine Cough?
Just like a virus in humans, there is no cure for Canine Cough. The virus must run its course. Most dogs are able to recover without veterinary intervention. However, they should be seen by a Veterinarian right away. Veterinarians will provide supportive care such as cough suppressants and antibiotics to prevent secondary infections.

While recovering, it’s necessary to keep dogs away from other dogs for approximately two-three weeks to prevent spreading of disease. 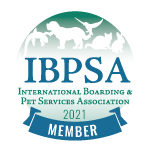 Shady Acres Pet Ranch is a member of the International Boarding and Pet Services Association.

IBPSA members abide by a Code of Conduct and are committed to continuing education, best practices, and the highest standards in the Animal Boarding Industry.

I will delight our customers by providing a healthy, safe, and loving, home away from home, for every dog.